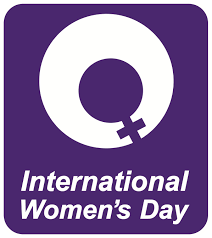 Let us ask you about female scientists you know. Marie Curie, Lise Meitner and maybe you’ll even mention Angela Merkel, studied physicist and now German chancellor. That’s it. Even worse, would you be able to name at least one young female scientist, let’s say under 30? Jennifer’s Instagram followers apparently had no clue.

Maybe you know an inspiring postdoc or professor but there doesn’t seem to be any recent female scientist running the international media. How have we never stumbled about this female under-representation over the past years?

Maria is an 18 year old Brazilian researcher, who Jennifer is very proud to call her friend. She started turning her scientific curiosity into projects in primary school, and has went on to participate in about 15 science fairs (and counting!) such as Intel ISEF, as well as being a Google Science Fair finalist. Her main project consisted of enhancing lactose-free milk by developing a multi-use capsule neutralising the lactose. Right now she’s got accepted with scholarships at various US colleges and will start her studies soon.

Her technological knowledge allowed her to develop a new device. She patented the frequency-hopping spread spectrum in 1942 together with George Antheil, an American pianist, composer, writer and inventor. This was designed in order to be an instrument to interfere with the signals that could drive missiles against the US. Her technology was at the base of the Wi-Fi and Bluetooth system for data transmission.

Olivia is a Stanford University student and participated in the Google Science Fair (2015) where she won the Grand Prize for a groundbreaking invention: a cheap ELISA test for the detection of the Ebola virus.

Standard ELISA kits have a particular combination of chemical substances which can be very expensive. Olivia altered the composition of the kit and applied it to the detection of Ebola, just a few months after the epidemic began.

Some advantages of her kit are the low-cost material (about $5 compared to $1000), the portability of the instrument and it being temperature independent; all important factors for a diagnostic test.

Nkechinyere, a Nigerian PhD student of Biomedical Engineering at the University of California Davis, focuses on tissue engineering and regenerative medicine. The 20 year old is also an author and has written a book titled “Tales of an Über Minor in College”, detailing her experiences in college as a 14 year old freshman right up until she graduated with honours at 18 years in May 2017.

Rachel founded her own high-end lacrosse equipment company, Gladiator Lacrosse, in 2013 at the age of just 13.  The company has annual sales of over $1 million. But Rachel, who has appeared on ABC’s Shark Tank, isn’t slowing down. She’s now working with a team to develop a new piece of headgear for lacrosse players designed to prevent concussions, all while finishing high school.

18 year old Kiara from South Africa is an aspiring scientist with an impressive list of accolades!  In response to drought in South Africa, she created a new super-absorbent material from orange peels and avocado skins, a more environmentally friendly alternative to non biodegradable and expensive super-absorbent polymers. Her experiment won her the Grand Prize at the 2016 Google Science Fair and Kiara hopes to develop it for commercial use.

31 year old Kate, affiliated to the Whitehead Institute at MIT, uncovers the genetic secrets of deadly viruses and in 2016 took her science smarts to space as an astronaut. While a NASA astronaut on Expedition 48/49, Kate spent 115 days in space, completed 2 spacewalks, was part of a team who conducted/participated in 275 experiments and even became the first person to sequence DNA in space!